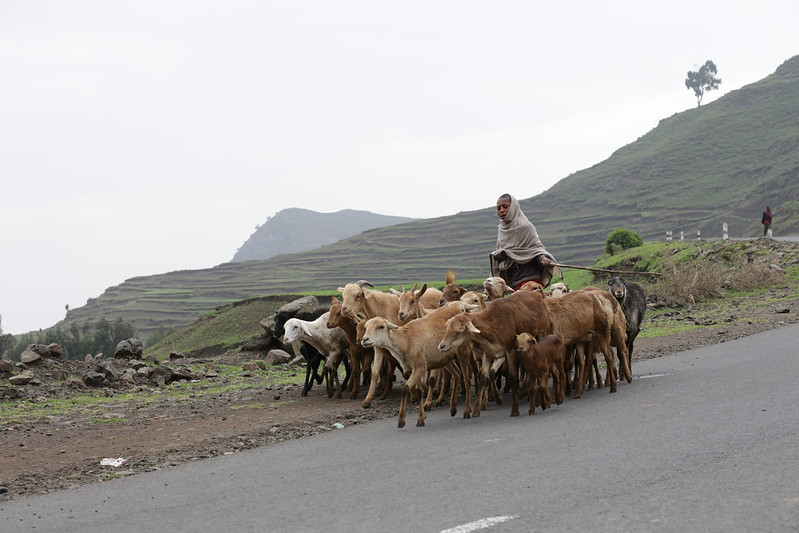 A new project led by Lance Robinson and Todd Crane from the Livestock Systems and Environment program at the International Livestock Research Institute (ILRI), under the CGIAR Research Program on Climate Change Agriculture and Food Security (CCAFS) flagship on policies and institutions for climate-resilient food systems, is investigating the links between climate adaptation and livestock science, policy and practice.

In this article, Robinson talks about the project which will be carried out in Ethiopia and Senegal.

Could you tell us more about the project?

This is a three-year multi-level project that builds on the work I have been doing in natural resource management and natural resource governance. It also connects these two areas to decision-making and policy formulation at the national level and up to international discourses and funding flows from donor agencies.

Your focus is on natural resource management and conservation. Do you know if this kind of analysis has been done in other sectors?

I think the area where this research has developed most is in science and technology studies where it focuses on relationships between government and industry and looks at policy formulation in science, technology and development of industries. There are scholars/researchers who do research on policy process, but I am not aware of a whole lot of policy process research that has looked at governance issues at local levels and connected those with climate change adaptation, including climate change adaptation policies.

How do you see this work influencing future research and practice in natural resource management?

We are hoping this research will reach and influence international actors such as donors and multilateral development agencies and help them to have a better understanding of the realities and complexities of policy formulation. There is often an oversimplification of treating policymaking as a rational step-by-step process which entails producing results followed by presenting these results which then automatically results in change of policy, but that is not the case.

A lot of social and political dynamics influence policymaking and it is not a straightforward process—making policy is not like putting together a table involving a set of simple instructions in a logical process. We hope a deeper and more nuanced understanding of how policy is made, the complexities involved and its ‘messiness’ will help international actors understand how to more strategically interact and engage with policymakers.

Secondly, we want to help these actors understand better the dynamics of interaction between policies because although adaptation to climate change cuts across many sectors, I think the policymaking process is not very good at cutting across sectors. And although there are cross-cutting policies such as climate change adaptation policies, often the most relevant policies and the biggest way that funds flow through national government programs is still through sectoral line agencies.

We are hoping that an understanding of the dynamics of how policies interact in the formation stages and at the local and implementation levels will provide insights into better designed polices, what the challenges of implementation might be and how best we can cut across sectors in designing policies.

The third and last goal is to influence scientists who are trying to influence policy—particularly ourselves in CGIAR and others. A more nuance understanding of the policymaking process and the policy environment can make technical research have a bigger impact. This will also help determine how to target our investments.

Watch a video interview with the project leaders Robinson and Crane