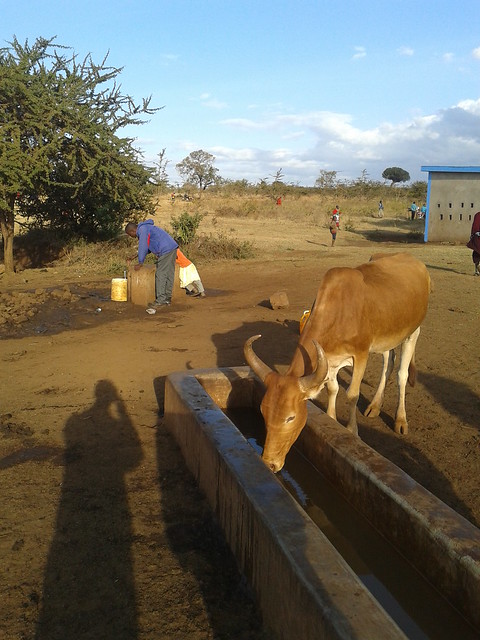 This fourth entry in the resilience blog series is written by Annette Cowie, a principal research scientist, Climate in NSW Department of Primary Industries. Cowie is the land degradation advisor on the Scientific and Technical Advisory Panel of the Global Environment Facility, and a member of the Science Policy Interface of the United Nations Convention to Combat Desertification (UNCCD).

I once published a paper with the awkward title Resolving terminological confusion in the debate on land-use change and forestry1. I wasn’t proud of the title – it doesn’t exactly roll off the tongue. I have no desire to prolong an academic debate for its own sake, but I feel that a piece with a similar title could be useful, this time focused on resolving the confusion created by multiple usages of the term resilience. Once we have clarified what we each mean by resilience we will be in a better position to usefully apply the concept.

As noted by previous authors in this series, resilience is the buzzword of the decade: it has overtaken sustainability as the goal of development. Resilience has come to mean stronger, deeper or longer-term sustainability. And as the other contributors to this series have also noted, the definition of resilience is contested. But does it matter if there is no common definition?

Well, to some extent the differences in definition do matter: depending on whose definition you use, resilience is not necessarily a virtue.

If we accept the Resilience Alliance definition, that resilience is the ability to absorb disturbance and reorganize, so as to retain essentially the same function and structure, then resilience is a neutral system property. Resilience is desirable if the system in question is performing well. But if the system is in an undesirable condition – an eroded landscape, an impoverished malnourished community, a household with few assets to buffer against ill-fortune – and it is resilient, then, by definition, it will be harder to change the system to a more desirable state. Such a system requires transformation, but transformation of a poorly-performing system will be more difficult if it has high resilience.

‘…progress toward self-defined sustainable development outcomes for human well-being. Development is resilient when, in the face of shocks and stresses, basic needs continue to be met in the short term and overall well-being continues to improve in the long term.’

Davies et al maintain that resilience should be defined differently in the development context from the usage of resilience by ecologists, pointing to the dilemma that social-ecological resilience is an undesirable feature where transformation of a system is what is needed. By narrowing the definition they are able to define resilience as a positive feature.

But defining a term specifically for your context has its disadvantages: it leads to confusion when communicating with those outside the circle, who don’t share the same understanding of the term.

I suggest that we put aside debate on the definition of resilience. It is unlikely that we will agree on a common definition. Instead, accept that people define resilience differently, and that these differences do matter. Therefore, it is the responsibility of the user of the term to ensure that (s)he is aware of the different ways other people use the term, especially the usage by the audience being addressed, and to spell out his/her own definition at the beginning of the interaction.

So now, let us focus effort on the objective and devise practical strategies to get there. Why did we perceive a need to move past sustainability and onto resilience? What do we want to achieve from this new focus? How best can we pursue this aspirational goal?

This brings me to the third solution to the dilemma that resilience is not necessarily a desirable attribute: remove the focus on achieving resilience, and instead apply resilience concepts to progress the goals of sustainable development. The Resilience, Adaptation and Transformation Assessment and Learning Framework (RATALF) can help us do this. Developed by the Commonwealth Scientific and Industrial Research Organisation (CSIRO) in partnership with the Scientific and Technical Advisory Panel of the Global Environmental Facility (STAP/GEF), RATALF is a practical tool that can aid the application of resilience concepts in development.

The RATALF brings together the social-ecological resilience principles developed by Brian Walker and colleagues3, and the participatory approaches to adaptation pathways devised by Wise et al4. As suggested by the title, it considers the three related concepts of resilience, adaptation and transformation. Rather than aiming to build resilience per se, it seeks to build or adapt system properties (such as resilience) to meet normatively defined sustainability goals.

The RATALF provides a structure and guidance to assess a system’s resilience, whether the system needs to adapt or transform, and gives guidance on targeting interventions to where they will be most effective. It applies a modular, iterative, participatory process to:

There is no specific simple or complex indicator that is universally applicable to assess resilience. Instead the RATALF allows users to identify the most relevant amongst existing indicators. The results of the assessment are captured by ‘summary action indicators’ that provide broad guidance on the types of actions that may be appropriate to enhance resilience, or to support transformation. Meta-indicators are used to report the coverage, quality, progress and relevant actions based on individual assessments. These can be aggregated for reporting at national scale. Thus the RATALF provides a replicable, scalable approach which allows comparisons between assessments (different geographical areas and iterative assessments over time).

The RATALF doesn’t provide a recipe, or a simple formula for calculating resilience. It does much more than that: it guides the community to a better collective understanding of how the system works, what needs to change, and how to change it. Thus, it improves the chance that development actions will have long-lasting beneficial impacts. Surely that is the ultimate goal of our current quest for resilience.

The RATALF is described in

And desktop case studies are provided in