This fifth post in the resilience blog series is written by Joanna Upton, a post-doctoral research fellow at Cornell University, where her research focuses on food security and resilience in sub-Saharan Africa. 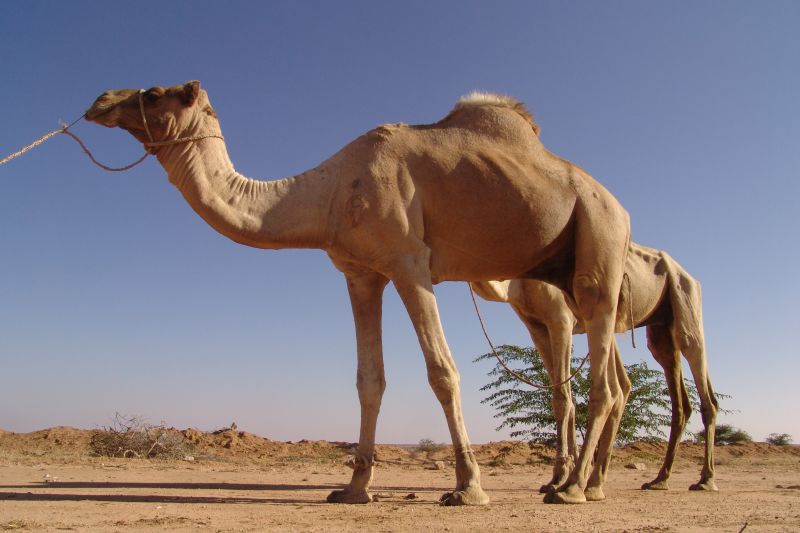 Camels on the way to market in Somalia (photo credit: Flickr/Charles Roffey).

A policeman walking along a dark road spies a man looking for something beneath a street lamp. On questioning, the man explains that he’s looking for his keys. The two search together for a stretch, until finally the policeman asks, ‘are you sure you dropped them here?’
‘No,’ the man replies, ‘I’m sure that I didn’t, in fact; I dropped them over there in the park.’
‘Then why ever are you looking for them here?’ asks the policeman.
‘Because this is where the lamplight is.’

Anyone who has undertaken fieldwork in developing countries should find that this parable, described commonly as the streetlight effect, resonates. In an imperfect world, we are obliged to look for answers where we can find them, subject to myriad constraints that range from ethics to logistics. We often have to modify our questions, and/or make plausible inferences; one researcher I know cleverly simulates positive shocks in order to study the effects of negative shocks on social networks (it’s more feasible to randomly give people goats than to take them away). We also compromise on where we ask our questions; one can broadly observe—from even a quick look through Google Scholar—that the amount of scholarship done on poverty in different countries varies less as a function of the number of poor people in those countries than as a function of their stability, accessibility and national language.

Arguably, the truth of this adage is most likely to unfold where it matters most—where the proverbial ‘keys’ that one is looking for are the answers to questions concerning the resilience of the most vulnerable populations in shock-prone areas. For example, what type of intervention prevents children from suffering extreme wasting when communities are confronted with a confluence of shocks and stressors, like a poor harvest in the midst of protracted conflict?

This brings me to the subject of this post: The challenges and opportunities in measuring resilience in Somalia. I am working with Mark Constas, Dan Maxwell, and Janet Kim, under the auspices of the Somalia Resilience Program (SomReP), to pilot a mixed-methods approach to assessing the impacts of both shocks and SomReP programs on the resilience of Somali households and communities. The SomReP consortium brings together several non-profit organizations in order to develop a harmonized resilience strategy, share best practices and synergize monitoring and evaluation efforts with research partners. One promising focus of SomReP programs involves promoting and increasing resilience capacities (those defined in a prior post by Katharine Downie), with attention to absorptive capacity through community-level coordination around risk reduction and support.

We view resilience in line with the connection to ecological systems and a broad definition of well-being, as emphasized by Lance Robinson and Mike Jones in the first and second posts in this series. We take the Barrett and Constas (2014) theory of development resilience as a starting point; thus resilience is less about the specific indicators than the properties of the chosen indicators, such as how they evolve over time. We plan to empirically implement this framework with Somalia data using a probabilistic approach, as described by Jennifer Cissé in her recent post. We venture beyond the familiar circle of lamplight in paying close attention to (often ignored) dynamics, and in focusing not just on drought but a wide range of shocks. We aim to complement what can be examined with quantitative data by leveraging qualitative instruments, including key informant interviews and focus group discussions.

Given the fraught context of Somalia, however, the compromises we’ve already had to make in our research have been many:

This slew of stumbling blocks not only makes measuring resilience challenging, but also constrains the prospect of publishable economic research, which generally emphasizes the ability to identify causal impacts on policies and perform conclusive tests of hypotheses. Resilience research is, however, inherently the most important where shocks are most pervasive and our understanding of it should not be biased by ease of access. It is hence all the more critical that we tackle these obstacles so as to glean the insights we can and inform policies to improve the resilience of these vulnerable communities. In other words, given the importance of the object we seek, the challenges of this particular obscurity should not keep us from searching into the shadows beyond the lamplight.

One thought on “Looking beyond the lamplight: Measuring resilience in Somalia”