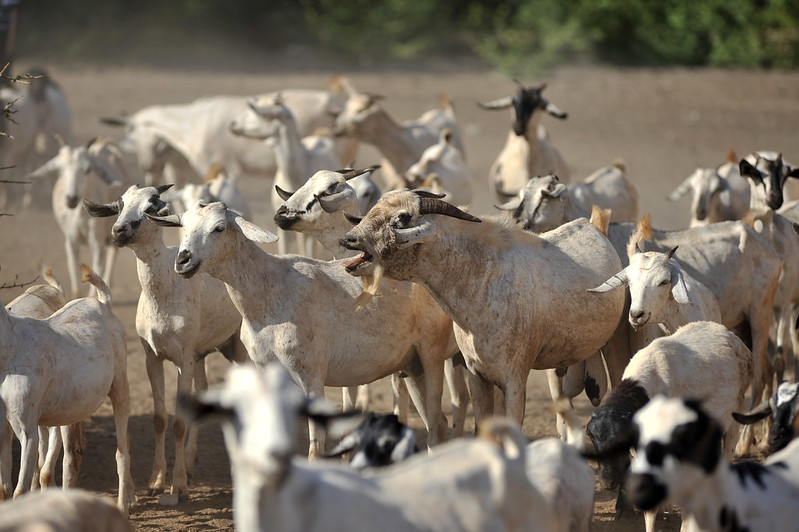 Goats play an important role in supporting the livelihoods of livestock keepers in Kenya, particularly among pastoralists in the country’s arid and semi-arid lands (ASALs). Sale of meat and milk from the small ruminants also contributes substantially to Kenya’s economy. The Kenya National Bureau of Statistics in its Economic survey report (2015) records that ‘the marketed production of livestock and its products increased due to an increase in sheep and goats sold to abattoirs’. It further reports that the number of sheep and goats slaughtered increased from ‘6,084.8 thousand in 2013 to 6,138.5 thousand in 2014’.

But despite the significance of goat rearing in improving pastoralist livelihoods, numerous challenges hamper their production notably a range of diseases and feeding constraints. One of the diseases that greatly affects goats and causes major economic losses in goat production is contagious caprine pleuropneumonia (CCPP).

CCPP is a highly fatal and infectious respiratory disease that primarily affects goats and wildlife. However, sheep may be affected in CCPP outbreaks affecting mixed goat and sheep herds. It is widespread and endemic in the pastoral production areas in Kenya.

In response to the disease and animal health challenges facing pastoralists in Kenya, the Feed the Future Kenya Accelerated Value Chain Development (AVCD) program, through its livestock component, is helping improve the value of livestock and its productivity through better animal disease surveillance and improved healthcare for animals. 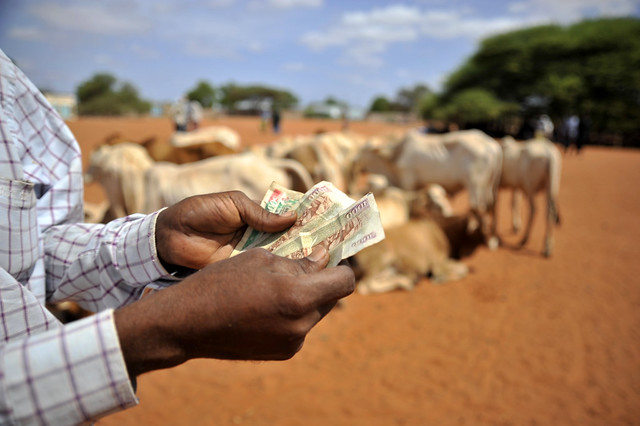 Ultimately, these efforts will lead to improved income and nutritional status of the households in the region.

In collaboration with the county government and other AVCD partners, including the Feed the Future Resilience and Economic Growth in Arid Lands – Improving Resilience (REGAL IR) initative and Sidai Agro-vet, the International Livestock Research Institute (ILRI), is promoting a public-private partnership model for sustainable animal health service delivery in Garissa County.

This use of the model has facilitated greater interaction and linkages between stakeholders to improve CCPP (and other diseases) reporting, regulation and quality control. It is also enabling the public sector to leverage on private sector resources to provide and improve animal health services to livestock keepers.

Linkages have been established between the state departments of livestock, government ministries, the community disease reporters, farmers and private agro-vets and animal health service providers. In Garissa, Sidai Agro-vet is working closely with the livestock and veterinary offices to supply vaccines and carry out vaccination against CCPP.

Specifically in response to the reports on goat mortality in Garissa County, the AVCD livestock component organized and facilitated a vaccination campaign in May 2016, targeting two common diseases—CCPP and sheep and goat pox (SGP). A total of 18,419 shoats (13,229 goats and 5,190 sheep) were vaccinated against CCPP and SGP.

The program is looking to expand the training sessions and vaccination campaigns to four other counties in north eastern Kenya including Wajir, Isiolo, Marsabit and Turkana.

The AVCD program seeks to widely apply technologies and innovations to competitively and sustainably increase productivity, contributing to inclusive agricultural growth, nutrition and food security in Kenya. It is implemented in 21 counties in western, eastern and northeastern parts of the country through four value chains—dairy, livestock, root crops and drought tolerant crops.