Ongoing land insecurity is a structural cause of food insecurity in Tanzania particularly for pastoralists, agro-pastoralists and small-scale crop farmers. In recent years there has been an increasing number of conflicts between these groups, many turning violent. It has been reported that in Kiteto District alone, more than 34 people were killed between 2013 and 2015 as a result of these conflicts. With expanding competition for land and without steps taken to secure the rights of those with entitlements to land and resources, such conflicts are likely to increase.

Land tenure security can be improved through village land use planning and land certification, which involves the issuing of certificates of customary rights of occupancy (CCROs) as facilitated by land policy and legislation in Tanzania. The process provides opportunities for bringing different stakeholders together, to negotiate and agree on land use, and to resolve land use conflicts.

In December 2015, the International Livestock Research Institute (ILRI) and the Ministry of Agriculture, Livestock and Fisheries (MALF) in Tanzania signed a collaborative research agreement to jointly implement the third phase of the Sustainable Rangeland Management Project (SRMP). Financially supported by International Fund for Agricultural Development (IFAD), Irish Aid, the International Land Coalition (ILC), ILRI and the Government of Tanzania, the Project is working with national and local authorities to secure rangelands and the land rights of local rangeland users including pastoralists through the implementation of village land use planning and land certification.  The Project will also be a case study site for the new flagship on ‘Governance of Natural Resources’ of the CGIAR research program on Policies, Institutions and Markets.

A key innovation of the Project is joint village land use planning, which secures resources such as grazing areas shared across village boundaries. Between 2010 and 2015, SRMP assisted nine villages to carry out village land use planning, and successfully piloted the implementation of joint village planning across three of these: Lerug, Ngapapa and Orkitikiti. The process led to the protection and certification of a shared grazing area that has been called “OLENGAPA” to incorporate a part of each village’s name. 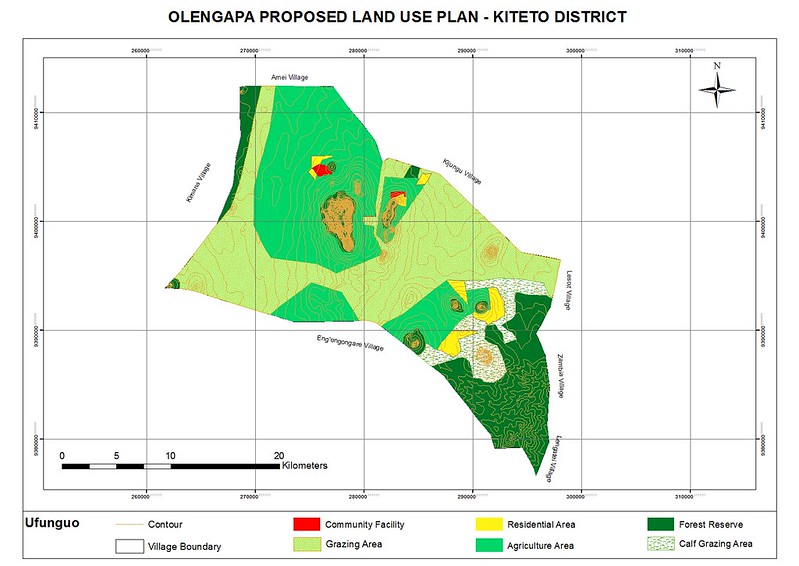 OLENGAPA – a pioneer of joint village land use plans 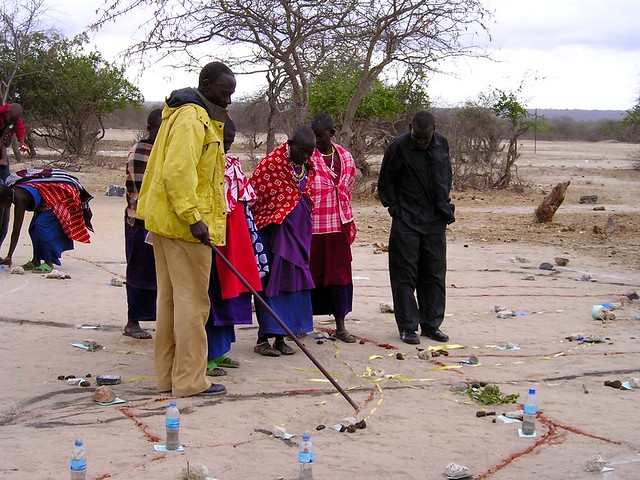 In the OLENGAPA area t villagers were supported to carry out a participatory mapping of the different resources in the villages and their distribution. This was used to develop a base map for the village land use planning process, including showing which resources are shared by the villages and where they are situated. Eventually, a joint village land use agreement was developed and approved, which then led to the establishment of a joint grazing land committee made up of members from all the three villages. This committee is responsible for planning, management, enforcement of by-laws and coordination of the implementation of the OLENGAPA land use agreement and land use plan.

The details of the OLENGAPA process are provided in a recently launched ILC Rangelands Initiative Issue Paper. A Manual to provide guidance on participatory rangeland resource mapping was published by the Project in English and Swahili: “Field Manual to support planning and management in rangelands including in Village Land Use Planning” (available online).

SRMP has now entered its third phase (2016-2020), in which ILRI and the MALF together with other partners including the National Land Use Planning Commission and national research organisations will focus on the scaling-up of the joint village land use planning approach in several new clusters of villages, as well as expanding the original ones. This includes the securing of grazing areas through the provision of CCROs and improving the management of the areas by the established Livestock Keepers Associations through action research on rangeland rehabilitation, and on intensification of rangeland and livestock productivity.

Activities will be undertaken in three regions – Manyara, Morogoro and Pwani. The locations of the new clusters of villages appropriate for joint village land use planning will be identified through a mapping of grazing areas, livestock routes, and village land use planning interventions across a pastoral-dominated landscape or corridor stretching from Manyara region through Tanga region and up to Pwani region.

Not only does SRMP seek to secure rangeland resources for users, it also aims to improve the enabling environment for current and future interventions. The SRMP is a component of the ILC’s Tanzania National Engagement Strategy, a framework through which ILC members collaborate and engage with government and other partners to effect positive change. In Tanzania the strategy has two main components – land-based investments and rangelands management- where the SRMP plays a key role in helping to secure grazing areas.

SRMP works closely with national and local governments to influence policy and legislation that will provide a more enabling environment for securing the rights of local rangeland users including rights to key resources such as grazing areas and water. The Project also aims to promote inclusive participation of women and men, both young and old, in decision-making processes pertaining to their lands. SRMP will build the capacity of different actors to support the securing of rangelands, resolve conflicts between land users, and improve the management of rangelands through research, training and learning. The ILC Rangelands Initiative, the global component of which is coordinated by ILRI, will assist cross-country and cross-continental exchange with other ILC members and partners working in similar contexts. This includes through learning visits, study tours, meetings, and dissemination of results through publications, conferences, social media and other forums.

Finally the SRMP aims to influence thinking in Tanzania to be more supportive of livestock production systems including pastoralism through advocacy and lobbying, not only for the land rights of pastoralists and other rangeland users but also to raise awareness on the benefits of and opportunities for investment in pastoral production systems. A key vision of SRMP is to garner support for and move towards the establishment of a Southern-Livestock Green Growth Corridor across the pastoral landscape where the Project is working.

With contributions from Dorine Odongo