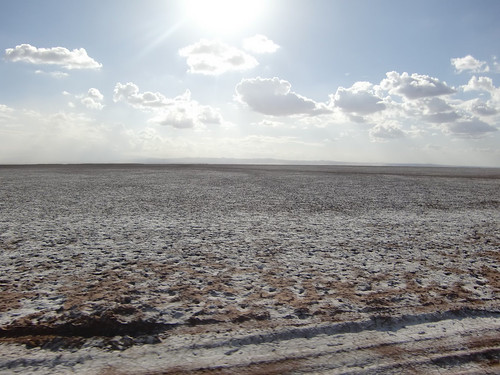 In the face of rising threats from climate change, global environmental degradation and the need to help humanity deal with these, the planetary boundaries concept was proposed as one that will define a ‘safe planetary operating space’ for humanity. The concept has been recognised as one that regulates the stability and resilience of earth’s systems and allows humanity to deal with 21st century environmental threats (read more about the planetary boundaries approach here).

A new high-profile paper by a team of 18 international researchers now reports that four of these nine planetary boundaries have been crossed, as a result of human activity, which is placing humanity in a danger zone. The scientists who include Jens Heinke, a joint appointee of the International Livestock Research Institute (ILRI) and the Germany-based Postdam Institute for Climate Impact Research (PIK), have identified the four boundaries as: climate change, loss of biosphere integrity, land-system change and altered biogeochemical cycles (phosphorus and nitrogen).

Lead author, Will Steffen, a professor at Stockholm University’s, Stockholm Resilience Centre and with the Australian National University in Canberra, says that ‘transgressing a boundary increases the risk that human activities could inadvertently drive the Earth System into a much less hospitable state, damaging efforts to reduce poverty and leading to a deterioration of human wellbeing in many parts of the world, including wealthy countries’.

Johan Rockström, director of Stockholm Environment Institute (SEI) and of the Stockholm Resilience Centre who is a co- author in the paper, argues that ‘human pressure on the Earth System has reached a scale where abrupt global environmental change can no longer be excluded’ and maintains that for people ‘to continue to live and operate safely, humanity has to stay away from critical “hard-wired” thresholds in the Earth’s environment, and respect the nature of the planet’s climatic, geophysical, atmospheric and ecological processes.’

How practical is the concept beyond the research sphere?

The study, however, notes that “Planetary boundaries do not dictate how human societies should develop, but they can aid decision-makers by defining a safe operating space for humanity’. According to the authors, the planetary boundaries concept is already helping communicate the need for global sustainability and is informing discussions in local communities, businesses, and in organizations (see video here and publication here).

The study encourages countries to use the planetary boundaries framework to assess their national responsibility for environmental impacts, either within their territory or globally, for example in combination with foot printing approaches.

Findings from this study will be presented in seven seminars at the World Economic Forum in Switzerland on 21-24 January 2015.